Cloud Yachts is the first digital yacht dealer to the metaverse. Gain exclusive access to the superyacht life with your CloudYachts NFT.

Cloud Yachts is the first digital yacht dealer to the metaverse.

Gain exclusive access to the superyacht life with your CloudYachts NFT.

Purchase Any Yacht With Crypto 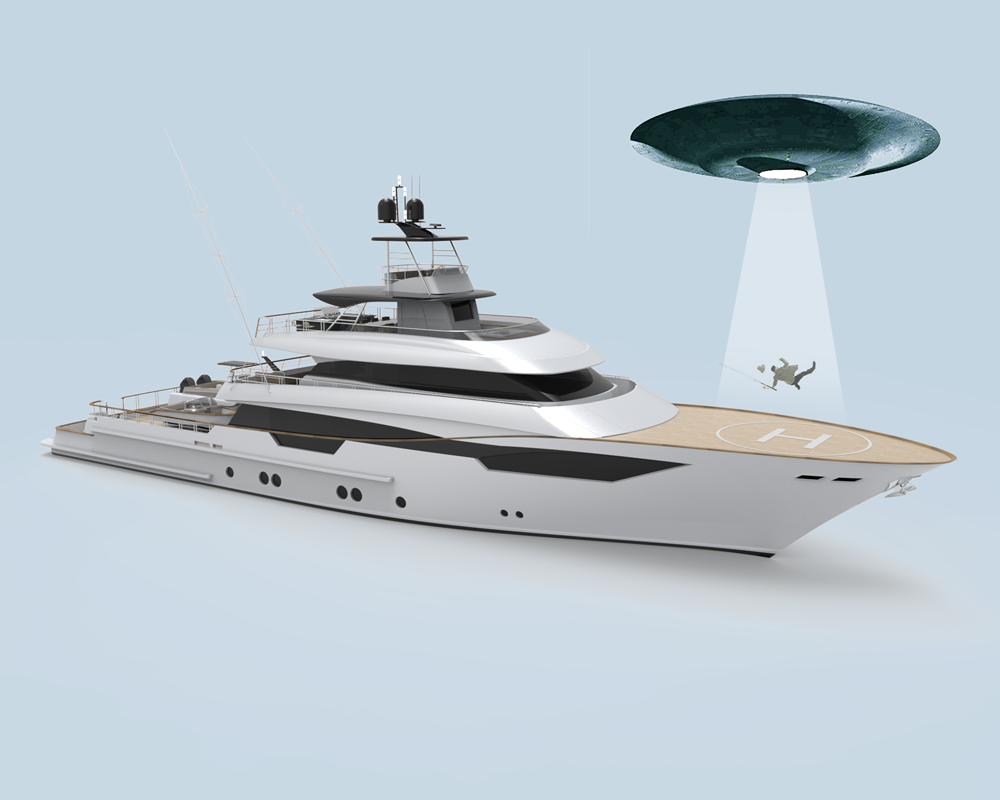 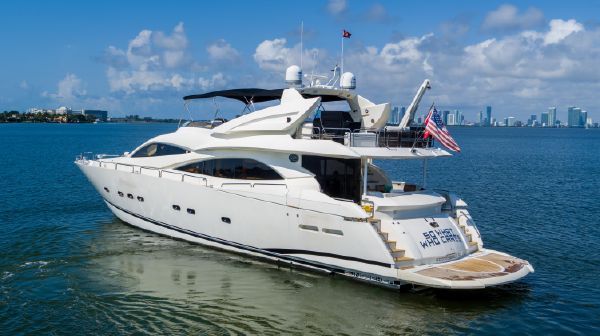 Explore our hand-picked selection of luxury yachts for sale, featuring only the highest quality superyachts, motoryachts, express cruisers and more — from the world’s leading brokers.

What Is A Cloud Yachts NFT? 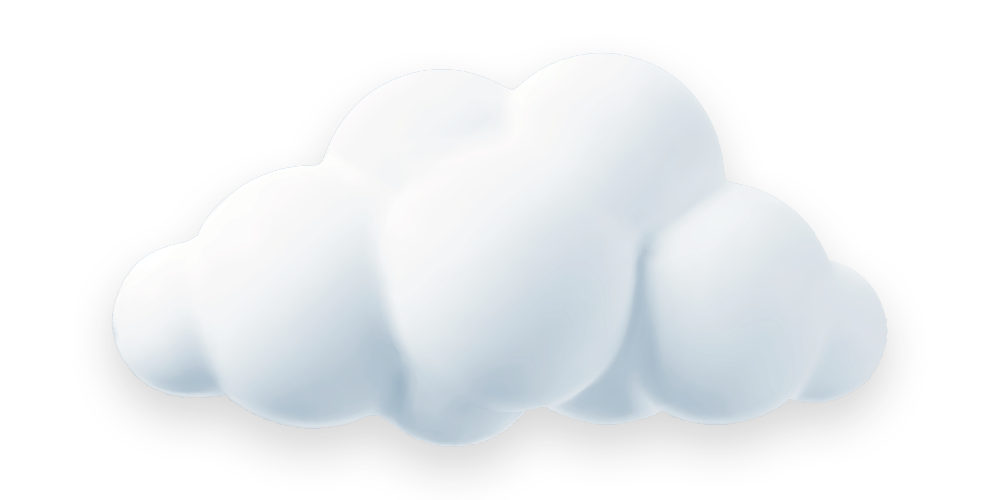 What do Cloud Yachts holders receive?

Purchase a real superyacht with an NFT

The client will customize their superyacht in the metaverse using the first-of-its-kind augmented reality technology.

Explore our collection on OpenSea 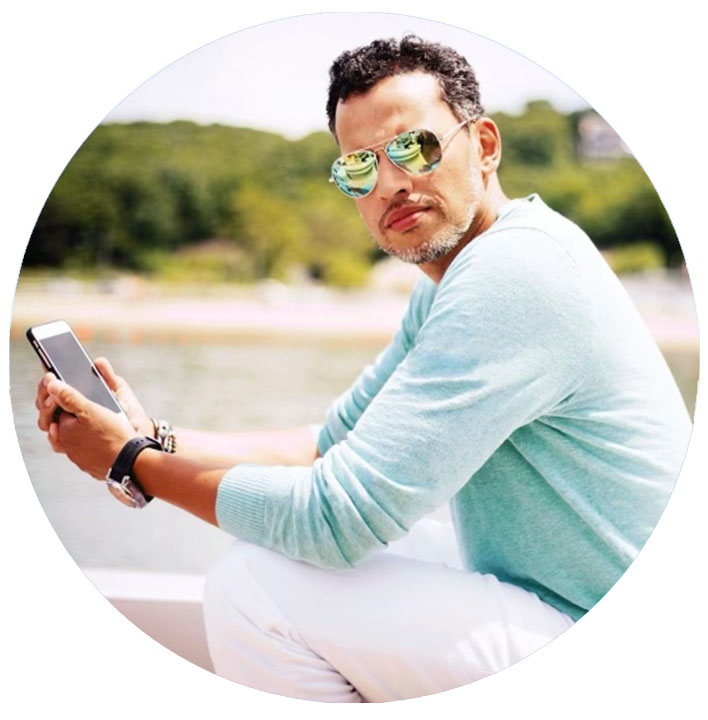 The social media sensation known throughout the yachting industry and beyond as TheYachtGuy has captivated yachting enthusiasts across the world.

Alex Jimenez, as he is known by family and friends, provides luxury connoisseurs with daily updates of the industry’s finest yachts and extravagant items that money can buy.

Explore the numbers behind his platforms to better under the power that social media holds + how these platforms can add some much needed vibrancy to this sometimes archaic industry. 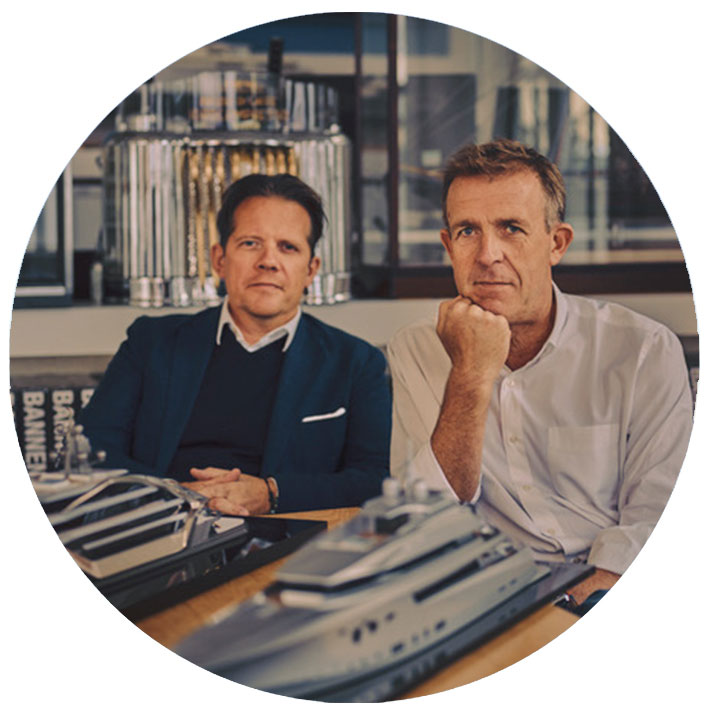 Bannenberg is the son of the late Jon Bannenberg, the man who is credited with being the founder of modern yacht design in the 1960s. Dickie worked alongside his father for 18 years, during which time he was project manager for wide-ranging yachts such as Talitha, Thunder and Siran. Dickie authored and produced an exquisite commemorative book on his father, entitled, Jon Bannenberg, A Life of Design.

The Bannenberg Rowell design portfolio is one, no doubt, his father would be proud of. The studio has won numerous awards for its designs, recently winning a top award for exterior design of the 230-foot (70 meter) Feadship Joy. Dickie has a notoriously funny and dry sense of humor. 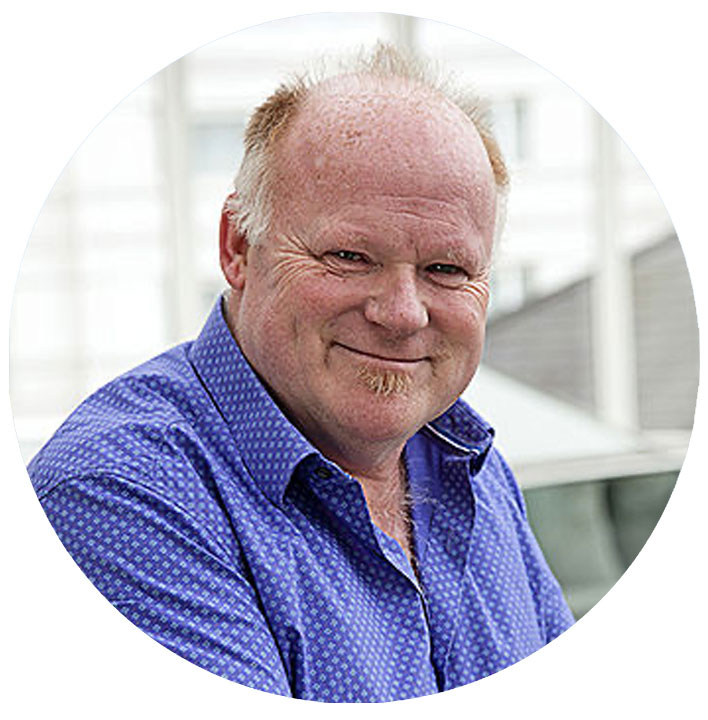 Having designed some of the world’s finest megayachts, yacht design firm Gregory C. Marshall Naval Architect Ltd. has built a reputation as one of the top naval architecture firms in the world. For more than 35 years, founder Greg Marshall and his business partner, naval architect Gordon Galbraith, have designed ever-larger megayachts, and a commercial craft for a wide variety of clientele. As with any life-long dream, it started early with Greg.

Greg’s father, Victoria architect Donovan Marshall, recognized his son’s obsession and introduced him to Bill Garden, the famed yacht designer. Garden asked the 15-year-old Greg to sketch a yacht for a customer. Greg made batches of drawings and when the opportunity presented itself, Garden offered him a few weeks of drafting work after High School. In 6 years under the tutelage of Bill Garden, Greg amassed the skills and practical approach to yacht design that has served him to this day. 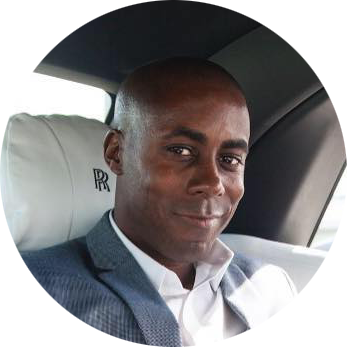 Shannon is the best selling author of, “Going-Up”, Proven Strategies for Reaching Higher Levels in Business. Shannon was an early mover in cryptocurrency, web3 and cyber security. Shannon began his career with CloudYachts as the companies first Web3 advisor and helped shape their NFT strategy.

Most recently Shannon has become a licensed & bonded International Yacht sales professional. He is a rising star in the super yacht sales community and quickly sold over $22,000,000 in new-build superyacht construction.

Shannon resides in the heart of Crypto City, Miami Florida. When he is not talking web3 you will find Shannon spending quality time with his new baby girl and loving wife. 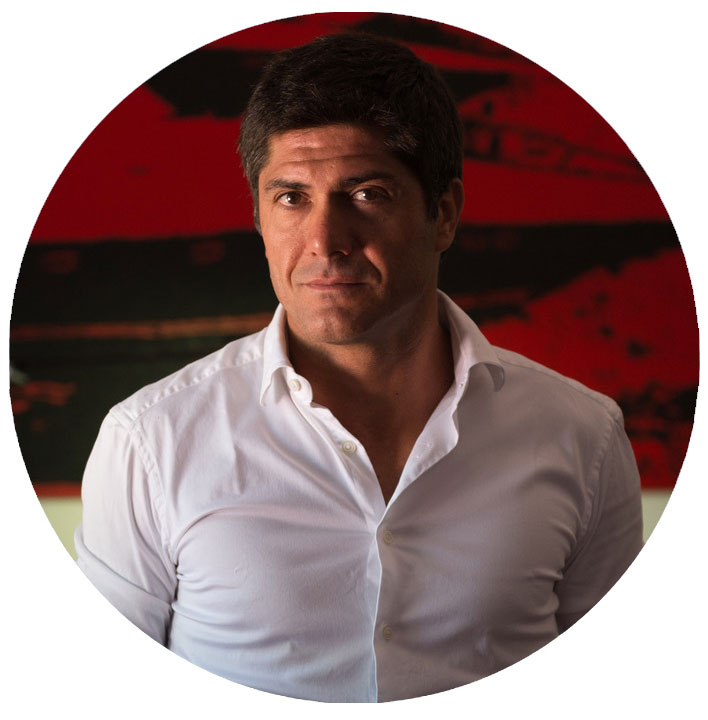 Marco Casali is the founder of TOO-DESIGN, an architecture and yacht design studio based in Rome. When Marco was six years old, he started sailing with his family on an old steel Akerboom yacht. He developed a passion for drawing boats but never thought this could be his job.

After completing a degree in architecture and gaining experience with an in-house design team, his interest brought him back to the sea, and he spent six years collaborating with important design officies on projects for Ferretti, Bertram and CRN.

In 2004 Casali established his own studio to consolidate his experience in luxury home design with his passion for yacht design, and since then the company has been responsible for the exterior and interior design of the Itama brand, part of the Ferretti Group. Other production yacht projects have been developed for Bavaria, Nix catamarans, ZL RIBs and others, totaling over 300 yachts cruising today.

Since 2010 the studio has worked on larger custom projects from 30m to 110m for shipyards such as Benetti, ISA Yachts and Fincantieri. The studio is still involved in luxury interiors and product design, combining the experiences of different worlds into a common creative process. Follow Marco on his Instagram Page or explore his designs below. 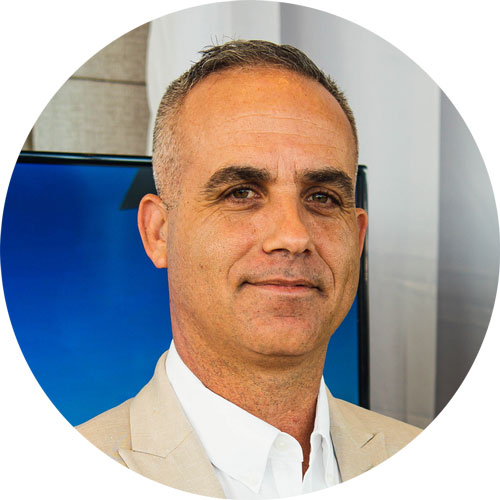 Zach Mandelstein founded Cloud Yachts while sitting on his 1968 Boston Whaler in the heart of Silicon Valley early 2020. His first Digital Yacht was called the “Leela“ named after his mother. Port of call “The Metaverse“.

With over 20 years of intellectual property management, Zach’s trademarks have been licensed to top manufacturers globally earning his brands placement at retailers like Target and Nordstroms. Most recently Zach created a worldwide licensing program for a 130 year old Swiss manufacturing company called Nidecker. The program was taken over by Global Brands Group, the largest IP firm in North America.

An early mover in NFTs , in 2020 Zach created a virtual yacht brokerage in San Francisco specifically to become the digital yacht dealer to the metaverse. In 2021 Zach joined forces Bob Denison, a pioneer in the yachting industry who has already completed 18 million in Bitcoin yacht sales. 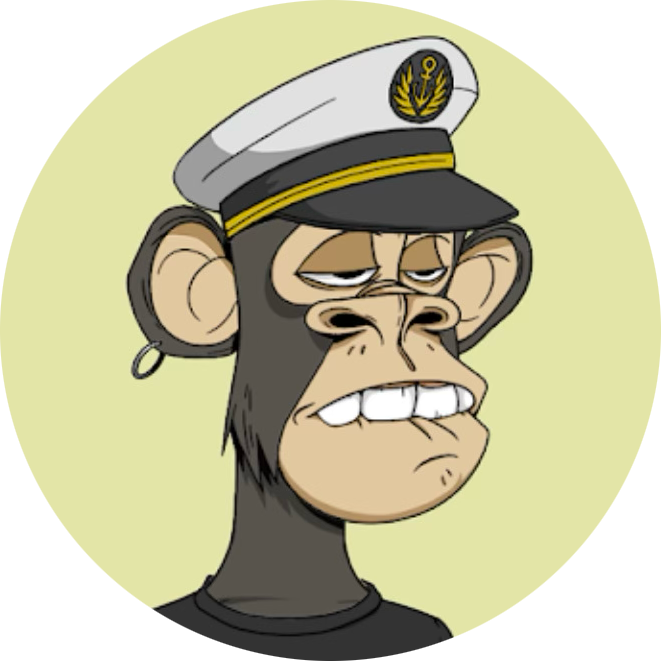 Jon Galamay is a member of the Bored Ape Yacht Club and owns BAYC #8586, a Captain’s Hat Ape. He had his entry into the blockchain space during the 2017 ICO craze, traded the 2020 DeFi Summer, and had his first NFT purchase in 2020 eventually collecting over 600 NFTs across multiple blockchains.

Jon has established intellectual property usage of NFTs through a release of the Bored IPApe and Mutant Seltzer as well as advising for several NFT collections and a metaverse company based in Colombia.

Coming in as a Web 3 advisor, Jon will be handling the groundwork for any upcoming NFT launches, game theory mechanics, brand strategy and strategic partnerships. 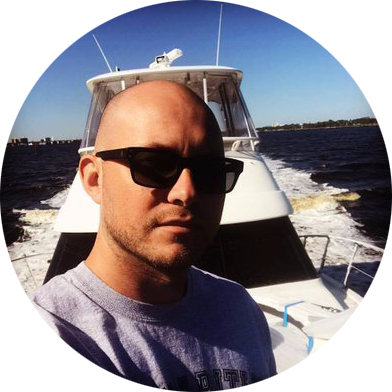 Jordan comes from a long line of accomplished Seaman. Following in his fathers footsteps he graduated from the California Maritime Academy, where he studied International Business and Global Logistics

Jordan grew up in Singapore and the San Francisco Bay; in both places, he raced sailboats and lived to be on the water. Jordan started as a deckhand for Commodore Cruises out of Alameda, as well as crewed on the famous Brigadoon, winning multiple Master Mariners and Jessica’s Cups. Jordan was a first mate on a gaff-rig schooner in the Florida Key, where he passed his Coast Guard exam and got his first Captain’s License at the age of 19.

As a Cal Maritime Keelhauler, Jordan competed on the sailing team and crewed on the Training Ship Golden Bear throughout the South Pacific and started his professional career at his fathers company American Ship Management and Patriot Contract Services where they built the world’s largest shipping vessel the CLN China.

Jordan has always had a deep interest in technology and earned himself a position at Apple in the San Francisco Bay Area. Jordan was an early movers in cryptocurrency which led him to cryptocurrency mining, crypto trading, and NFT minting.

After the sale of his family companies, Jordan focused on his biggest passion in life: yachting. Jordan upgraded his captain license to USCG 100 Ton Master License. While being a captain doing deliveries, sea trials, charters, and passenger service on every type of vessel imaginable.

Joran was named CEO of Cloud Yachts, the world’s first web3 Yacht brokerage, in December of 2022.